Whether we admit it or not, many of our buying decisions are influenced by reviews. And this includes mobile apps. A identified mobile ratings as a key driver for downloading an app. But getting users to rate and review your app is no easy task, with the same Apptentive survey finding that only 36% of respondents had left a review in the past 12-months. And most respondents were only motivated to leave a review in response to a negative app experience.

So, you may ask, why bother encouraging users to leave a review then?

Remember the first statistic listed, the one about 75% of users seeing ratings as a key driver for downloading an app? That’s one reason.

Another is that ratings and reviews (especially a large number of 4-5 star ratings) may influence your visibility in the app store. Ratings and reviews can also have a significant impact on reputation, with users being 8x more likely to download a highly rated app of an unknown brand than a poorly rated app of a known brand. Finally, it is also an opportunity for you to get feedback from users, and to get them to update their rating after you have responded to their feedback. And any positive change in your app’s rating results in a positive change in the number of downloads.

There are a few ways to prompt users to leave a review, but as many developers have discovered, the key is for these to not be annoying. With that in mind, let’s take a look at how you can encourage users to review your app in ways that won’t irritate them.

Target your most engaged users

The biggest annoyance of rating prompts is that they often pop up at the most inopportune times. You’re either being asked to rate the app just after installing and launching it or, in the middle of performing a time-sensitive task, a rating prompt interrupts you. The app stores allow you to create conditional rules which help avoid this, but allow you to take it a step further.

this was only after a user had cleared all the remaining tasks from a list. If your app is a game, you might want to time it for after a user has successfully completed a tough level.

Use a different approach

The impressed some with it’s simple use of an integrated rating request. Instead of using the standard pop up prompt, Circa’s request appeared between a list of news stories.

It was unobtrusive, and required no interaction to clear it – you simply scrolled past it if you weren’t interested. 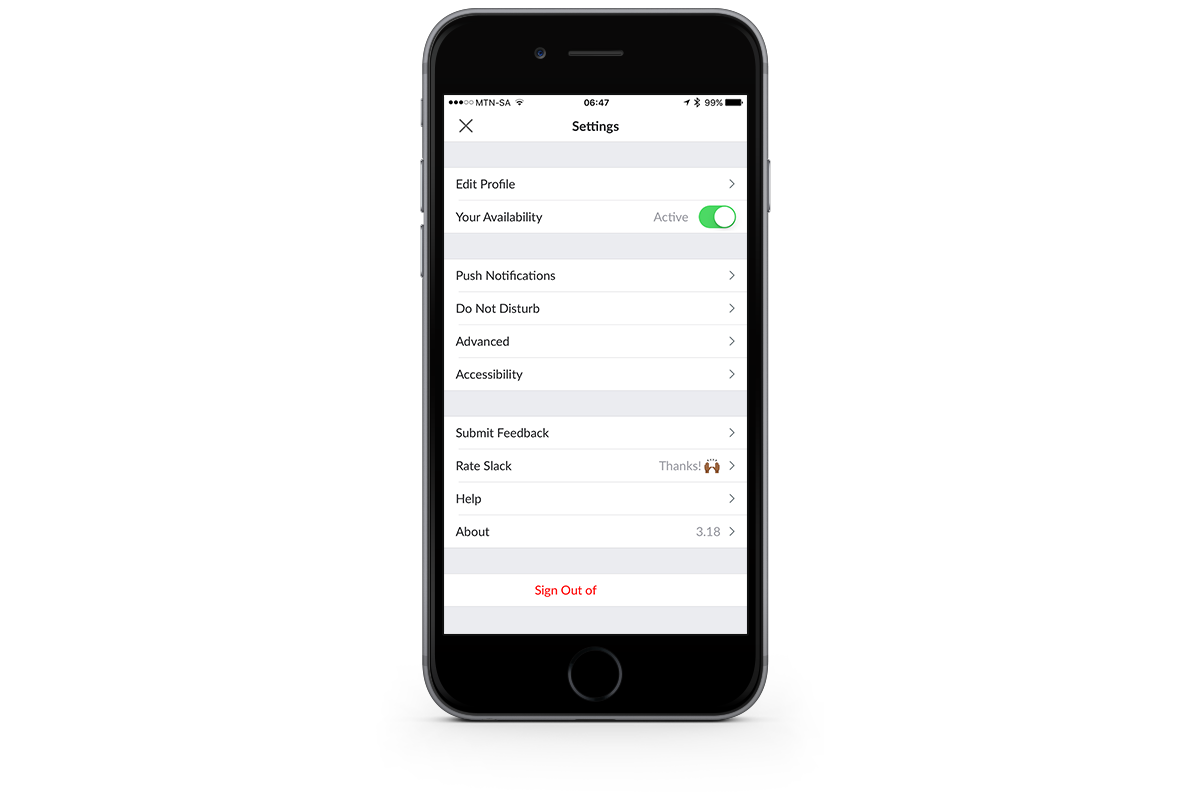 This approach doesn’t work for all apps, so and have baked their rating request into the Settings menu. It is a risky approach, but one worth considering if you’re unsure about getting the timing of a pop-up request right. 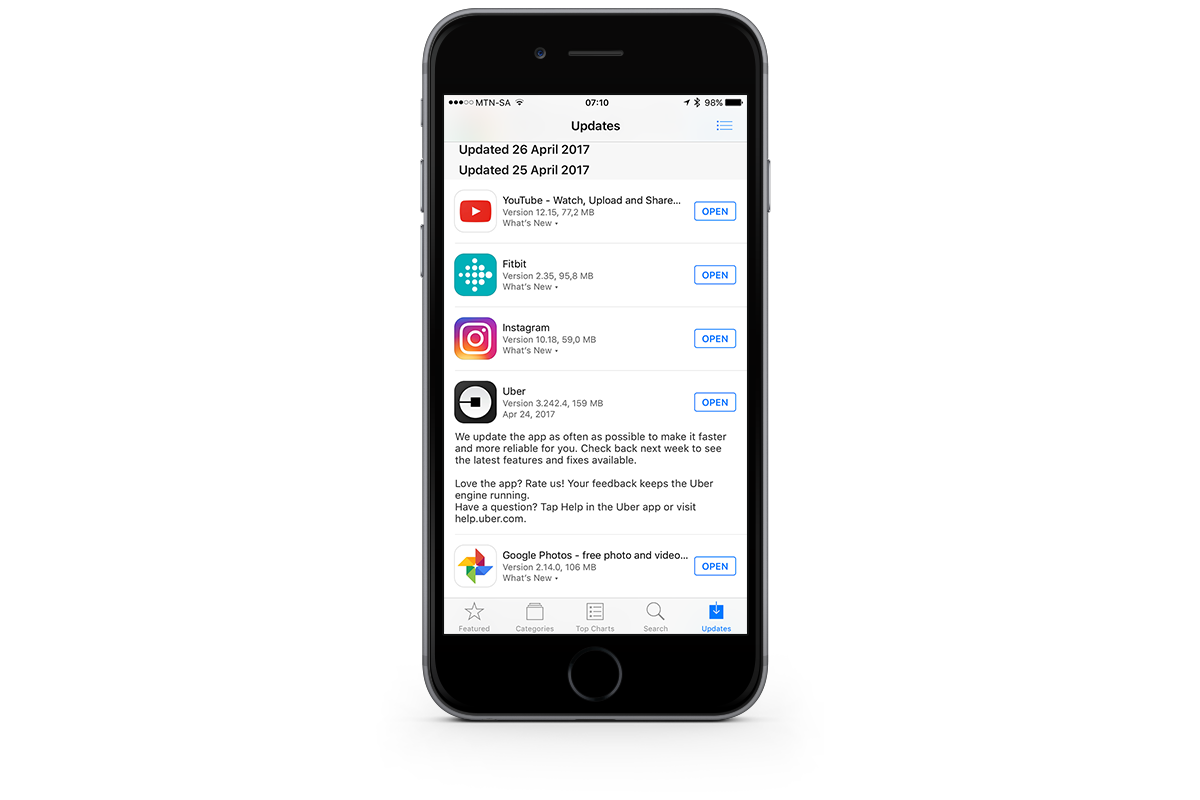 Support this approach by adding a simple request for a review in the update notes for your app, much like does.

The has been doing this for some time, and have found that it significantly boosts the number of reviews they get within three days of each update. 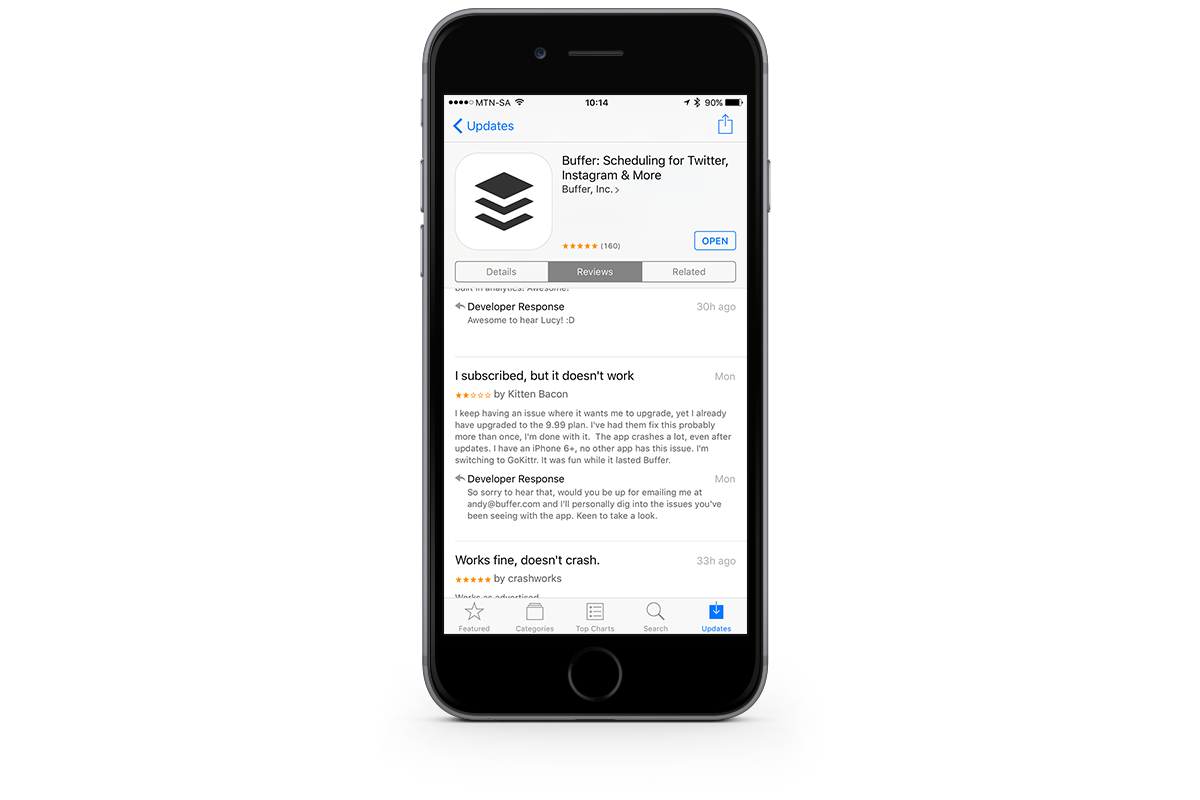 And the chances of users changing a negative review and rating are higher if your response is positive, and they feel that their concern has been dealt with. Never push customers to change their rating, but a polite request won’t do any harm.

While there are many ways to encourage user reviews, there are also a few things you should avoid when trying to attract reviews. These include:

Finally, both and have published guidelines on how to respond to reviews. Familiarise yourself with these, and always keep your responses polite and civil. This can be tough, especially when you are faced with a barrage of negative reviews. If the reviews are appropriate and relevant to the app, respond to them professionally — don’t ignore them. If they do not relate directly to the app, much like and recently faced, use the appropriate channels to report them instead.

Ratings and reviews can boost your app’s performance and visibility, but it is up to you to properly manage them, and to ask for them in ways that encourage users to respond.

This article is published as part of the IDG Contributor Network.

Mingis on Tech: All about the Google Pixel 3

Mingis on Tech: How real is UEM for mobile management?

The fiction of ‘digital wellness’—and the truth of digital dependence

Nowhere to hide: 9 new hacks coming to get you

What is PaaS? Platform-as-a-service explained

Multicloud does not eliminate vendor lockin

What parents should know about the VR gear kids want

Flying a sports car with wings